I don’t need to remind you that this September has lived up to its billing as the worst month of the year for the stock market. Yes, September is worse than October, the month of some historical crashes over the years. The S & P 500 is down 6.8% so far this month and the Aggregate U.S. Bond market, not to be out done is down 2.9% for the month. As I have mentioned in prior musings, 2022 will go down as probably the worst year for the bond market in history. Plus, it is shaping up to be one of the worst years ever for the stock market as well. In a lot of ways, we will probably look back on 2022 with the same disdain that we look back on 2008 or 2000 to 2002.

The combination of high inflation, war in Ukraine, and the unwinding of the “easy money” policies of the last 14 years by the Federal Reserve have contributed to the long-awaited correction in the markets we are experiencing in 2022. Jerome Powell and the Federal Reserve have had to “slam on the economy’s brakes” to try to get control of inflation by raising short-term interest rates several times this year which is just torture to both the stock and bond markets and will likely plunge the economy into recession and job losses but should get inflation under control eventually.

We have lived in an era of “easy money” since the Great Recession of 2008 as the Federal Reserve has kept interest rates artificially low coming out of 2008 to try to keep the economy stimulated. For the most part, it has been a success and it has been copied by the rest of the world with differing levels of success. But, as a lot of us old timers remember there was a time when you could earn some decent returns on safe money. What do we consider safe money? That would be things like Certificates of Deposit (CD’s), Treasury Bills and even good old Money Market accounts and savings. 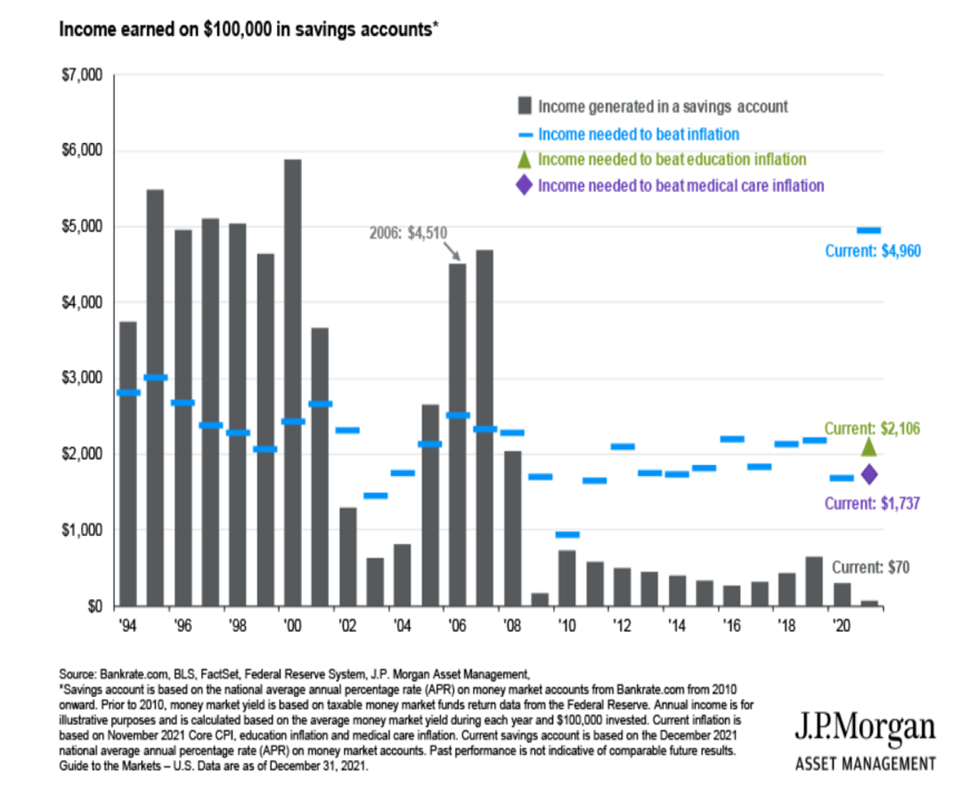 For those of you that have sat in on my chart presentations over the last few years, I would bring out the above chart showing interest generated on a savings account. As you can see, ever since 2008, we basically would earn nil on savings accounts, money markets, CD’s Treasury bills, etc, all the “safe” investments. The only place to be the last several years was stocks and there was even an acronym called TINA (There Is No Alternative) to describe the fact that the only place to earn decent investment returns the last several years was in stocks, and for the most part that was true.

However, things have changed drastically in the first 9 months of 2022 as Jerome Powell and the Federal Reserve have raised short-term interest rates several times in their inflation fight and this has created some opportunities to invest in “safe” assets and start earning some interest again which we have not been able to do since around 2007.

Last year at this time, if I wanted to purchase a 1-year U.S. Treasury bond (one of the safest assets there is) we could earn (now get your microscope out) about 0.1% interest on that bond. CDs were similar as were most bank money market rates. You were almost just as well off by just stuffing that in your mattress, although I never did make that investment recommendation to anyone! It was very difficult to earn decent interest on safe investments that didn’t involve credit risk. Now, fast forward to today, and look at the chart below: 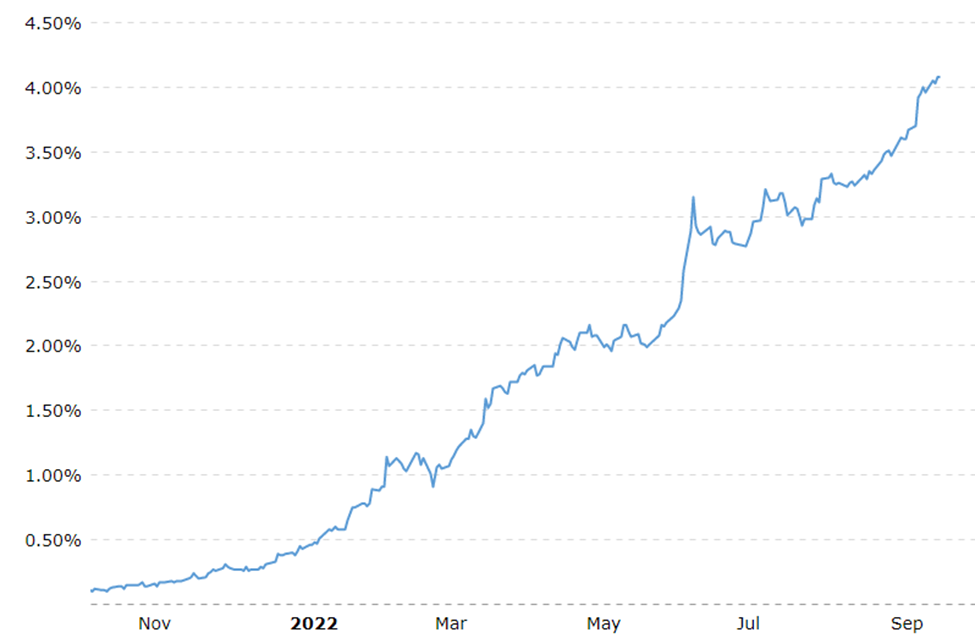 True, inflation is still higher than the yields on these investments currently, but there are signs inflation has peaked and it may not be all that much longer before the Fed may actually stop raising rates and start cutting rates if a recession arrives sooner than originally anticipated. If a recession hits, there is a good chance inflation will be on a swift retreat as well and locking in these yields will be really nice. Of course, there is much debate in the markets about when the Fed will stop raising rates.

So, even amongst all the carnage we have seen in our investment portfolios this year with pretty much every asset class except cash and commodities getting hammered, there are opportunities arising out of the ashes much like the Phoenix did. Other bonds are also becoming much more interesting as well as yields have risen to enticing levels, and there is a good chance bonds will be attracting a fair amount of attention from investors which they have not for quite some time. If (probably when) we go into recession, bonds will likely be a great place to be, especially if interest rates start to fall.

Oh, and if you get a bit queasy when the markets go down, it might be a good idea to not open your September statements as it has been just an abysmal month, but as I am ever the eternal optimist, we are soon coming into an historically good period for stocks as November and December are two of the historically better months for stock performance. 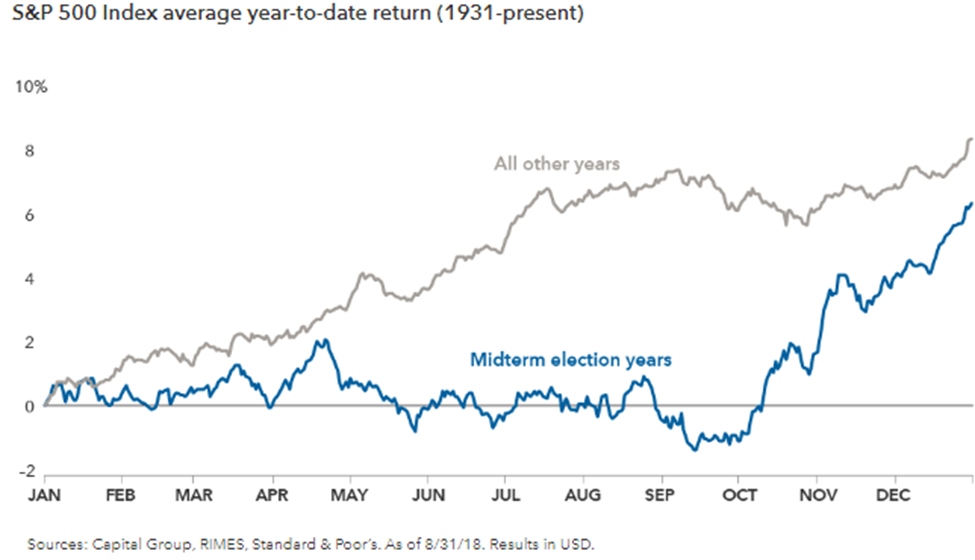 Hang in there, as I have said many times before, we will eventually get through all this, but it is going to take a while!