“An Inside View of Washington”

I attended the annual Schwab Impact conference in San Diego last week (I wish I was still out there after coming back to January in November here at home). Schwab Impact is the annual conference for financial advisors that Schwab puts on every year. I believe there were about 5,000 advisor attendees, plus another few thousand representatives from financial firms including fund companies, banks, insurance companies and software vendors. It is a fantastic conference and I have attended it several times over the years and always come home with plenty of new ideas and knowledge to pass on as well as meet some very smart people in the financial and advisory industry. It is a conference I look forward to most years, especially when it is in a warm weather location. (San Diego is not the worst place to be in November). I also may be inspired to write some additional blog posts from information gleaned from the Impact conference. 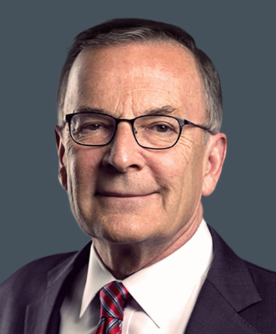 One of the perennial speakers at the event is Greg Valliere who is a well-known political and tax policy strategist with over 40 years of experience following political and tax issues in Washington D.C.  He has spoken at many of the Impact conferences I have attended over the years and I always look forward to his non-partisan (at least that is how he comes across to me) way of summarizing political and tax issues taking place in the nation’s capital. He also provides a lot of information that I seem to have trouble getting straight answers for in the media or on social media. Overall, I am not a huge fan of politics and try to stay out of the way of it when I can, but Greg presents things in a way that makes it very interesting and gives you a good pulse of what is going on in our political system.

I wanted to share my notes from his presentation titled “An Inside View of Washington” with you. These are my raw notes based on what I heard (or at least believe I heard) at his presentation on the current state of affairs in Washington and some thoughts on the future. I am presenting in bullet point form just as he was laying them out and you can draw your own conclusions from them, I did not add any commentary. Just imagine you are in that audience in warm and sunny Southern California. So, without further ado, here is a summary of the many political topics Greg was firing off during his talk from November 6. I hope you find it as interesting and fascinating as I did:

I hope you enjoyed my notes from Greg Valliere’s presentation and at least have some Cliff notes as to what is going on in Washington and can now impress your friends. Then again, you are probably much better off not talking politics with your friends these days if you can help it.