What does the future hold for Social Security?

A couple of weeks ago, the Social Security Board of Trustees issued an alarming press release that the combined trust funds for Social Security and S.S. Disability Income would become depleted in 2034, which was one year earlier than projected last year. Medicare’s main trust fund will be depleted by 2026. The report stated that if Congress does nothing and allows the combined trust funds to become depleted, there would only be sufficient income coming in to pay 78% of projected Social Security benefits payable at that time and 91% of projected Medicare benefits. Of course, like everything else these days, COVID was to blame by increasing job losses and involuntary retirements of some older workers that may have caused them to claim Social Security benefits earlier than originally planned. Thus, you had the combination of less workers paying in and more “retirees” claiming benefits.

Due to a combination of factors related to the pandemic and the fact that the ratio of older retirees to current workers increases every year, the total annual cost of Social Security is projected to exceed the total annual income (for the first time since 1982) but is also projected to remain higher throughout the 75-year projection timeframe that Social Security uses.

Currently there are asset reserves a.k.a. the Trust Funds which supplement the annual income provided by payroll tax deductions that employees, employers and the self-employed pay on wages earned. The Social Security trust fund currently has about $2.9 Trillion with a “T” in assets. The Medicare Trust fund is financed by payroll taxes, general tax revenue and Medicare premiums.

Okay now let’s be clear what this all means. There is a lot of misinformation floating around out there. When they say “insolvent” it means the trust fund reserve will be depleted, but that does NOT mean the system will stop paying benefits entirely. It means there could possibly be a 20% to 25% or so reduction in benefits paid to individuals. So if you were getting $2,000 a month in Social Security in 2034, it is possible that you might only receive $1,500 or $1,600 a month. Social Security will still be collecting the bulk of its annual funding from the payroll and self-employment taxes, which supplies about 80% of the annual benefits currently.

Can This Be Fixed?  It can, if Congress can come to some type of agreement, but we all know how difficult that seems to be in today’s politically polarized environment. But several times in the past, Congress has stepped in and invoked remedies such as higher payroll taxes, benefit cuts or a combination of both. There are things that can be done and without too large of payroll tax increase or benefit cuts, but the clock is ticking, and they have to act soon. The longer they wait, the larger the tax increases or benefit cuts may be. It’s like turning a large cruise ship, it doesn’t just happen instantly, you need some lead time. Currently we have it, in a few years, we won’t. Plus, the sooner they act, the larger the pool of available solutions is, but each year they wait, that pool of solutions dwindles.

What Should You Do? – Of course, if you are still working, saving more for your retirement or possibly working longer could be options. When you are running financial planning projections, you can stress test what these reductions in Social Security might look like to your plan and what you may need to save additionally to meet your goals.  If you are already retired, depending on what your other available resources are, the potential cuts may be tougher for some folks more so than others. 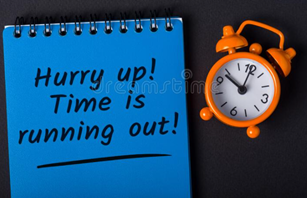 Congress is Starting to Put Forward Some Ideas – The good news is that there are some things going on in Congress as House Democrats have a new version of a bill called Social Security 2100: A Sacred Trust, that has possible solutions and is trying to garner support from President Biden and Republicans. However, it remains to be seen if Republicans will get on board with this bill. Personally, I would not hold my breath after seeing some of the key provisions that are included in it, but some in Washington are saying that there is potential here and that both Republicans and Democrats have voiced support for the bill:

One thing to note on several of the provisions of the Social Security 2100 bill is that most of these changes are only effective for the years 2022-2026, except for the taxes on wages over $400,000. So is this a long-term fix, I am not really sure.

The bottom line is this, there may be some benefit cuts to Social Security and Medicare down the road. But, if Congress acts in the next few years, these benefit cuts can be pushed back several years. Congress is great at “kicking the can” down the road, and I do expect that they will manage to continue doing so. However, there is currently a lot on the legislative agenda into the end of the year, so I would not expect any action on this new bill until well into 2022, but I think this may become a hot button very soon and pressure will build on Congress to act.