You are surely aware by now that inflation is as high as it has been in 40 years, with the latest annual reading touching 7.5% annually. Of course, inflation is affecting almost everything these days. Items such as used cars are seeing increases of up to 45%, gasoline up to 40% and Food @ 7%.  Everywhere you turn, prices are rising at the fastest clip since 1981. But there is one area that is not rising as much as the overall inflation rate and that is many of the tax brackets, income thresholds and other limits that determine a person’s tax liability. In fact, there are many items in the tax code that have no inflation adjustments at all.

First, a little bit of history. Inflation indexing was enacted into some provisions of the tax code back in 1981, which is the last time inflation was as high as it is currently. Inflation was sitting at 14.8% annually when inflation increases began to be indexed into the annual calculations for tax brackets in 1981. Up until 2017, the IRS used the Consumer Price Index (CPI-U) also known as the primary CPI. However, in 2017 they changed to a new measure called the Chained CPI (C-CPI-U), which is essentially a slower rising index. I could write a whole article on the differences, so if you want to dig into that, go here. The changes don’t amount to a whole lot on a year by year basis, but after many years of compounding (just like with investing) the results can be meaningful.

By linking tax brackets to Chained-CPI, taxpayers will get into higher tax brackets more quickly as their income rises, but tax credits, and things like the standard deduction which most people take these days will rise more slowly resulting in more taxes paid over time.

Under tax reform, inflation is measured using something called Chained CPI. With Chained CPI, the people measuring inflation assume buyers have choices when they spend money, and they shift from one product to another when the price of that product goes up. For example, if the price of coffee beans increases too much, you may start drinking tea. If you don’t like tea as well as coffee, you may argue that you are worse off now because you can’t afford your favorite beverage. But to the economists measuring Chained CPI, you found a cheaper replacement, and that’s what matters.

Using Chained CPI, tax benefits and limitations don’t rise as quickly or as high as they would under the old measurement system.   https://blog.taxact.com/tax-reform-changed-inflation-calculation/

The inflation adjustments the IRS used for 2022 tax brackets came out in November of 2021 and reflected the last several months of chained CPI inflation data. The problem was that inflation really began to take off the last half of 2021 and the IRS measure of inflation did not really capture the true inflation we are seeing today with the latest readings. Thus, the inflation increase for tax brackets in 2022 amounted to about 3.1% over the 2021 rates. For example, the 22% tax bracket started at taxable income for Married Filing Jointly of $81,050 in 2021, but increases to $83,550 in 2022, which is about a 3.1% increase. All other tax brackets are similar to this with approximately a 3.1% increase. But inflation is now 7.5%. Bummer. 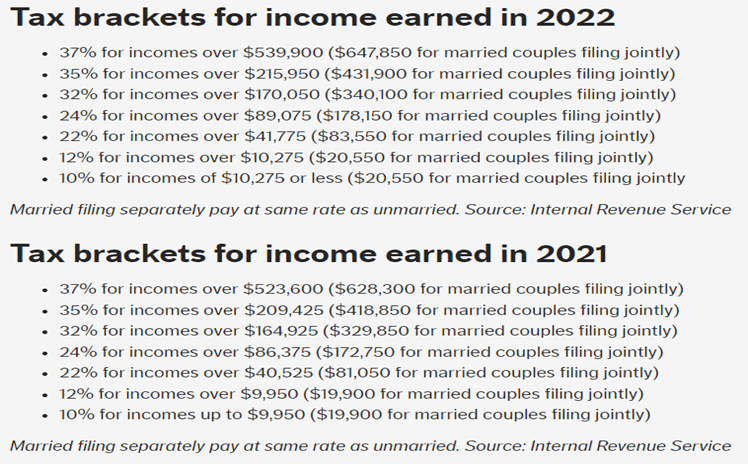 This same approximately 3.1% increase also applied to the Standard Deduction and the Personal Exemption amounts for 2022, Capital Gain Brackets and the lifetime estate and gift tax exemption amounts.

The income limits and amounts that can be contributed to IRAs and 401(k)s and other employer sponsored plans are tied to yet another measure of inflation, CPI-W. CPI-W is the Consumer Price Index for urban wage earners and clerical workers. I am not going to delve into the reasons why there different inflation measures used for these areas, but you can learn more here. Increases for things such as 401(k) or other retirement plan contributions only increase in increments of $1,000. So, until inflation increases the base amount over the next $1,000 increment, the annual amount is not increased. The good news for 2022, though, is that these limits increased by $1,000 to $20,500 in 2022 for contributions to certain employer sponsored retirement plans. (Plus, a $6,500 “catch-up” provision for those over 50). IRA contribution limits increase in $500 increments, and the limit for 2022 remains at $6,000 (plus an additional $1,000 “catch-up” provision for those over 50). Until inflation kicks the annual amount over $6,500, it will remain at $6,000. My guess is that we will see this bump up by $500 in 2023.

Social Security is also tied to CPI-W, and those of you receiving Social Security were probably happy to see the 5.9% inflation increase to gross benefits, but that happiness was probably short-lived when you saw that Medicare Part B premiums increased by about 15%. WHAT THE $&#@@? Medicare increases are not tied to a specific CPI, but rather, the cost of drugs has a significant impact on the annual premium. For 2022, the large increase has been blamed on the potential cost of the new Alzheimer’s drug, Aduhelm, even though it is not known yet to what extent Medicare will cover it. Either way, the manufacturer has recently cut its estimated per-patient price from $56,000 down to $28,000 (what a bargain!!!). Therefore, Medicare’s cost estimate was based on outdated information and there is a slight possibility that Medicare Premiums could be reduced because of this, but I wouldn’t hold my breath. 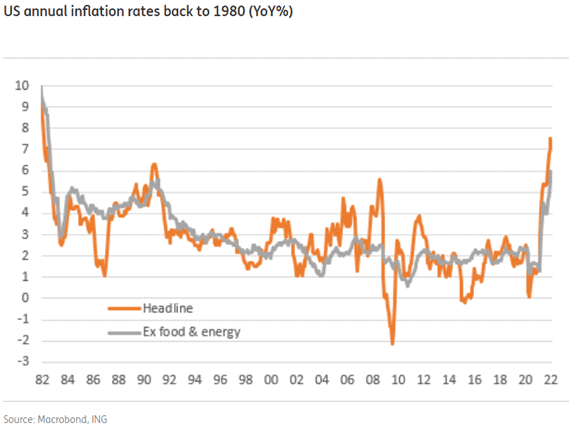 Items with No Inflation Adjustments

For those of you receiving Social Security, you are probably well aware of the following amounts of taxable income for when Social Security becomes 50% and 85% taxable:

What you may not be aware of is that these brackets have not changed since 1994! If these were inflation adjusted each year then the 0% taxable rate would be around $64,500 today for Singles and $83,500 for Joint filers. You are talking some real money now.

You are also probably aware of the exclusion for profits on the sale of your primary residence. This allows you to exclude up to $250,000 for Single filers and $500,000 for those filing jointly, of gains on the sale of your primary residence. Those are nice numbers, but with the housing appreciation we have seen the last few years, they are getting outdated. The last time these were adjusted for inflation was 1997, so these amounts had they been adjusted each year for inflation, would be more like $438,000 for single and $875,000 for joint filers. That would be a rather sizable jump!

There are plenty of other items in the tax code we could dig into, but I want to try to keep everyone awake and I think you see my point. What this all amounts to is that there are stealth tax increases we face every year due to inflation adjustments not keeping up with true inflation and no inflation adjustments on several tax friendly provisions in the code. Just more good news for all of us facing rates of inflation that we have not seen in 40 years!