I ran the actual numbers in Quicken to see

I must admit, I have a problem. I am a Quicken junkie. I have been using the personal finance software for 30 years now. My first computer pixels splashed across this amazing, yet frustrating program in 1992. Working as a CPA at the time, Quicken was fairly easy for me to pick up on and although it was a lot of work, and there is a heck of a learning curve, it does what it is supposed to do and that is track your expenses and print off wonderful reports that can amaze and shock you with how much money you spent on something or over a particular timeframe. Just don’t show your wife how much gets spent on golf!

For the first 15 years or more of using Quicken, you had to enter all the transactions manually which was about as much fun as the stock and bond markets have been this year.  Remember, 1992 was before the internet was available for the vast majority of us. So it was cause for celebration when Quicken rolled out the ability to automatically import transactions from your bank and credit cards directly into Quicken, which has saved countless hours of time getting the data in.

This leads me to the topic of this blog. I ran across an article in the Wall Street Journal, that discussed that the cost to raise a child born in 2015 to age 17 was about $300,000, after accounting for inflation. Here is a similar article. Since I have the "actual" expenses baked into Quicken all these years for my kids, I decided to take a look at what it actually cost to raise and launch my oldest son, Trent, who recently graduated with his MBA from the University of Alabama and is now serving a 4 year Army commitment. (Thankfully, he is not living in my basement, but will be heading off to Germany soon serving his country!) We could not be prouder of him!

Since most parents are on the hook paying for their kids until about age 22 whether they go to college or not, I decided to figure out what it actually cost us from the time we brought him home in 2000 (Actually, had to include costs before this to get the baby room ready and all the other stuff first time parents do preparing for their firstborn). Because the file is so large, it took about 10 minutes for the report to spit out the results. Boy, the descriptions sure bring back some long-forgotten memories. Thankfully, Quicken doesn't forget. When you drill down through the report, there are thousands of transactions, but it gets summarized by the category you placed it in. 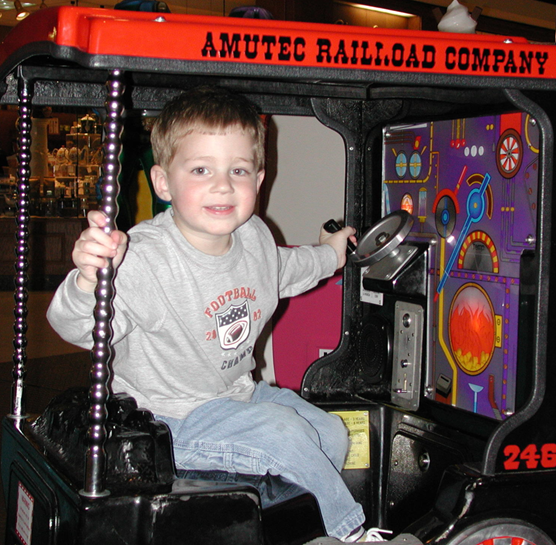 I also decided to not include college costs and although we saved in our 529 plans for Trent's college, he managed to be awarded scholarships from the University of Alabama and the Army R.O.T.C program that paid for his entire 4 years of college. Everyone has a different philosophy of how much to pay for their children’s college, some prefer to pay the entire cost, some partial, others none. Thus, since college costs can be highly variable, I decided to run my numbers excluding college tuition. However, I did include ancillary costs while he was in college, such as gas, groceries, insurance, and several other things that most parents would probably pay for their children if they were in college or not up until about age 22 or so.

We also tried not to spoil our kids too much (Trent has a younger brother, Trey, who is a Junior, studying Chemical Engineering out in Rapid City at South Dakota Mines and Technology, an engineering school) so we encouraged them to get jobs in high school and to learn to live within their means and the importance of saving. I think they both have a really good understanding of finances and how to manage their money.

After waiting for what seemed like an eternity for the report to crunch 22 years of transactions, I waited with bated breath, and suddenly the report finally appeared. Let's look at some of the items and how much they were in nominal (actual dollars) before adjusting for inflation:

Once I tallied up all the amounts paid in nominal dollars (before adjusting for inflation), I arrived at $188,252. For most of the years up until the last year or so, inflation was very moderate, but we still need to account for it to get an accurate representation of the costs and estimate in today’s dollars. I went to my favorite source for data, the St. Louis Fed Reserve website also known as FRED Federal Reserve Economic Data | FRED | St. Louis Fed (stlouisfed.org) to try to estimate in a very unscientific manner how inflation should be factored in. Since, I didn't have the time to break down the expenses year by year and factor in each year’s inflation rate and add up all the calculations, I decided to just take the CPI (Consumer Price Index) for all Urban consumers from Jan 1, 2000 to June 30, 2022 to help me estimate an inflation factor to incorporate into the numbers that Quicken produced. The CPI factor in 2000 was 169.3, and as of June 2022 was 295.3, that means CPI is 74% higher now than in 2000. Simplistically, I just decided to divide this 74% by 2 to give a very rough average inflation adjustment for these 22 years of expenses to the total dollar amount of 37%. This is probably not the right way to look at this, but I think it is close enough for discussion purposes of this article and to give you the gist of things.

Since the total nominal dollar amount of everything before adjusting for inflation came out to $188,252. If I adjust for my crude attempt at approximating inflation since 2000 without having to go in on a year by year basis, I increased this amount by 37% as discussed in the previous paragraph and the number comes out to $257,905 in approximate inflation adjusted costs not including college. Also, there are still a fair number of “guesstimates” for things that we didn’t track separately.

Now, let’s look at the detail of what makes up this large number:

I had a catch all for a number of things, just called "stuff".  Here is a sampling of the items that made up "stuff": Sports, school, photos, school lunches, “Drive Right”, haircuts, toys, games, diapers (lot of this), daycare, field trips, big school trips like Washington D.C., tuxedo and prom expenses etc. This came out to $59,771, add in the 37% inflation adjustment and it comes out to $81,866.

Here are some other categories with the actual and (inflation) adjusted amounts:

Of course, everyone spends different amounts on raising their kids. For families that struggle to get by, I am sure these amounts may look quite different and the same can be said for families with exceptionally high incomes. We like to think we are kind of average, but who knows?

Quicken is much like a time capsule into your life. As I was perusing through the reports covering 22 years, it was fascinating to see where you used to spend money then and compare to where you spend it now. Our lives and the world change a lot over time. Where there used to be entries for Blockbuster Video and Sears, they are now replaced by Netflix and Apple. Thankfully, some things have gone away for good, at least in our lives, like Chuck-E-Cheese & playing at the McDonalds play center (Ugh!), but I wouldn’t trade away the times we spent there with the boys for anything, regardless of how many viruses were collected at these places.

All in all, this was an interesting exercise into where money goes and how much money we spend to raise children from the time they are born until they leave the “nest”. It sure brought back a lot of great memories of watching our oldest son grow from birth to being the man that he is now.

So, when I first read those articles about how much it costs to raise a child and thought that $300,000 seemed pretty high, after consulting with my “friend” Mr. Quicken, I now believe that number might be pretty close for a middle-class family. Of course, I think that number will vary substantially for families on the lower rungs of the income ladder as well as the very wealthy. Either way, when young parents are discussing having children, they need to be prepared for the sticker-shock. But I bet most parents certainly believe it is well worth the price!