So, how do you like the new “Post-Card” size tax return for 2018? Well, it is a little bit larger than a post card, it is still 8-1/2 x 11 inches, so it is a really big Post Card, but it is supposedly simper. Due to the new Tax Cuts and Jobs Act (TCJA) of 2017 taking effect with the filing of your 2018 tax returns, changes were needed to the old forms which had basically remained unchanged since the big tax reform of 1986. Now that we no longer have personal exemptions, there were some unused boxes on the old forms, so they figured they would just go ahead and remodel the whole thing. Remember, though, that these 2017 tax provisions are scheduled to “sunset” or revert back to the old ways in 2025, so there is a chance, we may get reruns of the old forms then.

The new form is supposedly simpler but the instructions still come in at 117 pages. I encourage you to go ahead and read all of them. Stephen King has nothing on the good ole IRS. 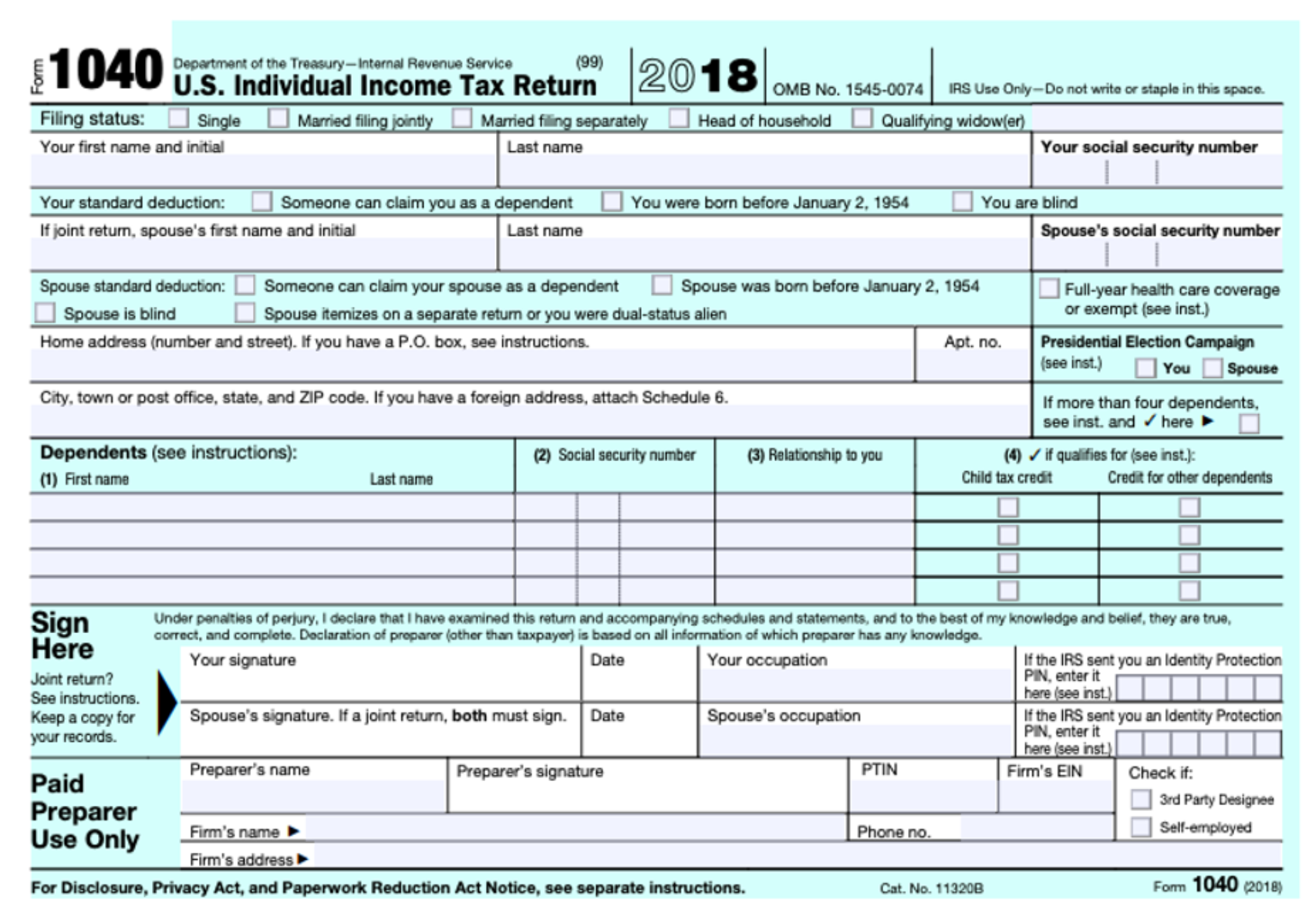 1040-A and 1040-EZ are gone, everyone files the same form now. If you filed the 1040-A or the EZ, you can likely get by with just the 2-page form. However, if you have had the extra schedules in the past, you will likely still have several additional schedules this year as well, just like you have had before. They may just have different names.

There are still your old favorites such as Schedules A (Itemized Deductions), B (Interest and Dividends), and D (Capital Gains and losses), but There are now the new Schedules 1 through 6, which is where the amounts from the old schedules will now cross reference to. Sounds a lot simpler, right? 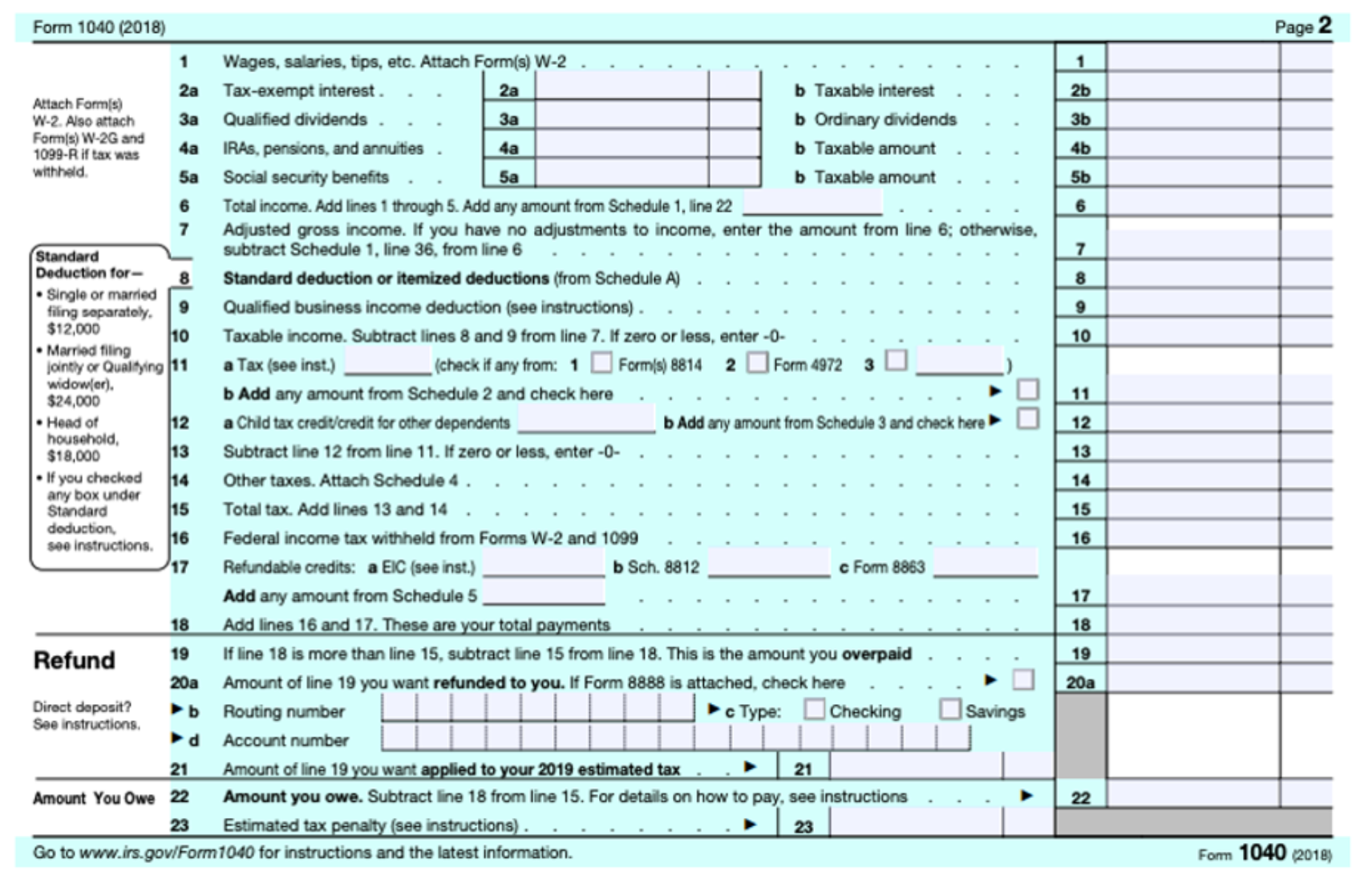 For instance, income items such as capital gains will go to the income portion of Schedule 1, and certain deductions such as IRA contributions will show up on the bottom half of Schedule 1 for deductions. It is interesting to note, that there are several lines on Schedule 1 primarily lines 1-9b and 15b and 16b which are greyed out and marked “reserved”. What are these lines reserved for? Some late arriving VIP income and deductions? Actually, these are placeholders in case the IRS has any more ideas of things to add to the forms.

Bottom line is, that unless your taxes are extremely simple, nothing has really changed. The IRS still requires all the same information from you, it just may not all go on the Form 1040, but, instead, all the new Schedules, so you will likely still have about the same number of pages as you had last year. The IRS calls this the “building block” approach to completing the tax return, except these ‘building blocks’ are not as fun as the ones you played with as a kid. 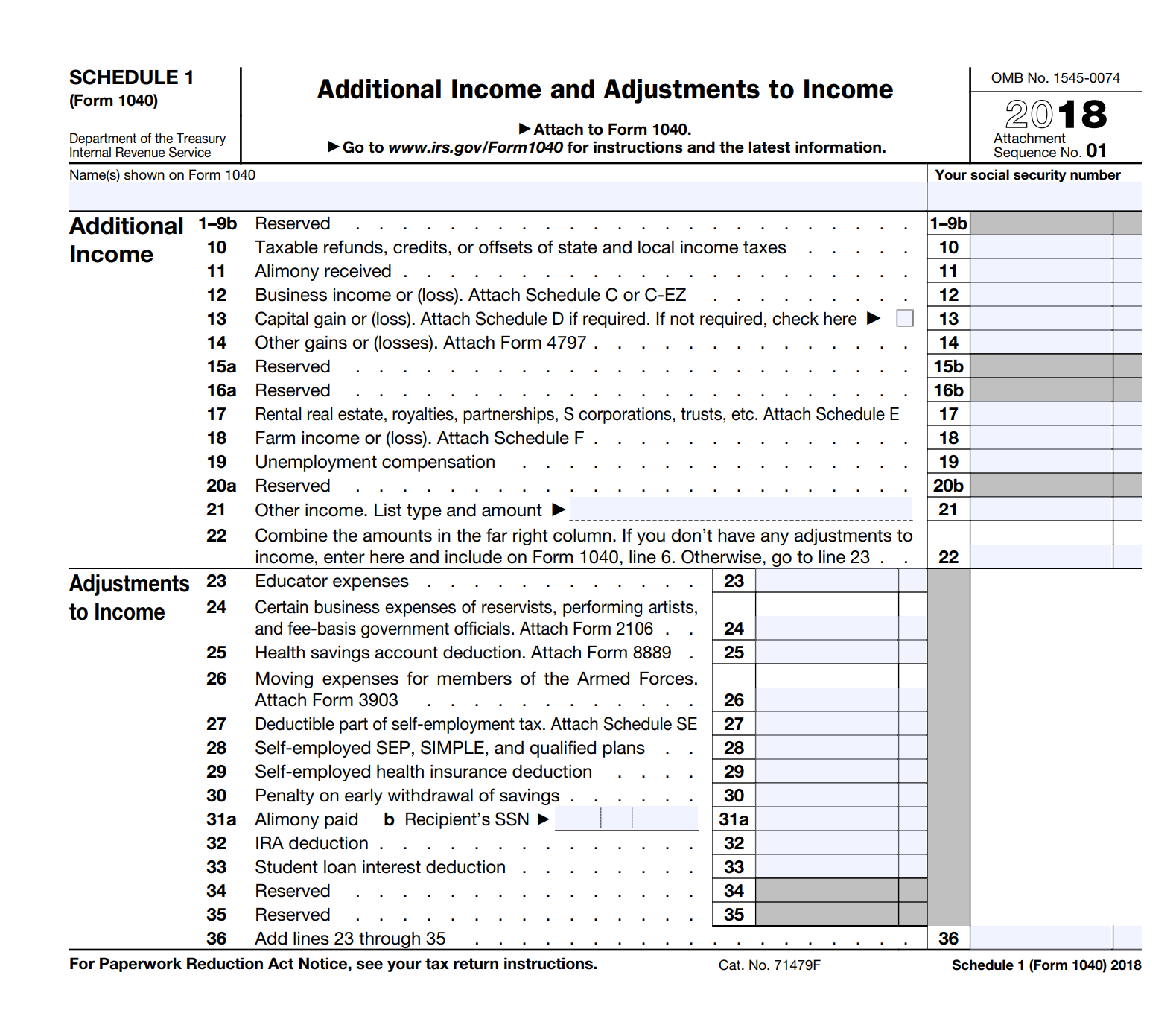 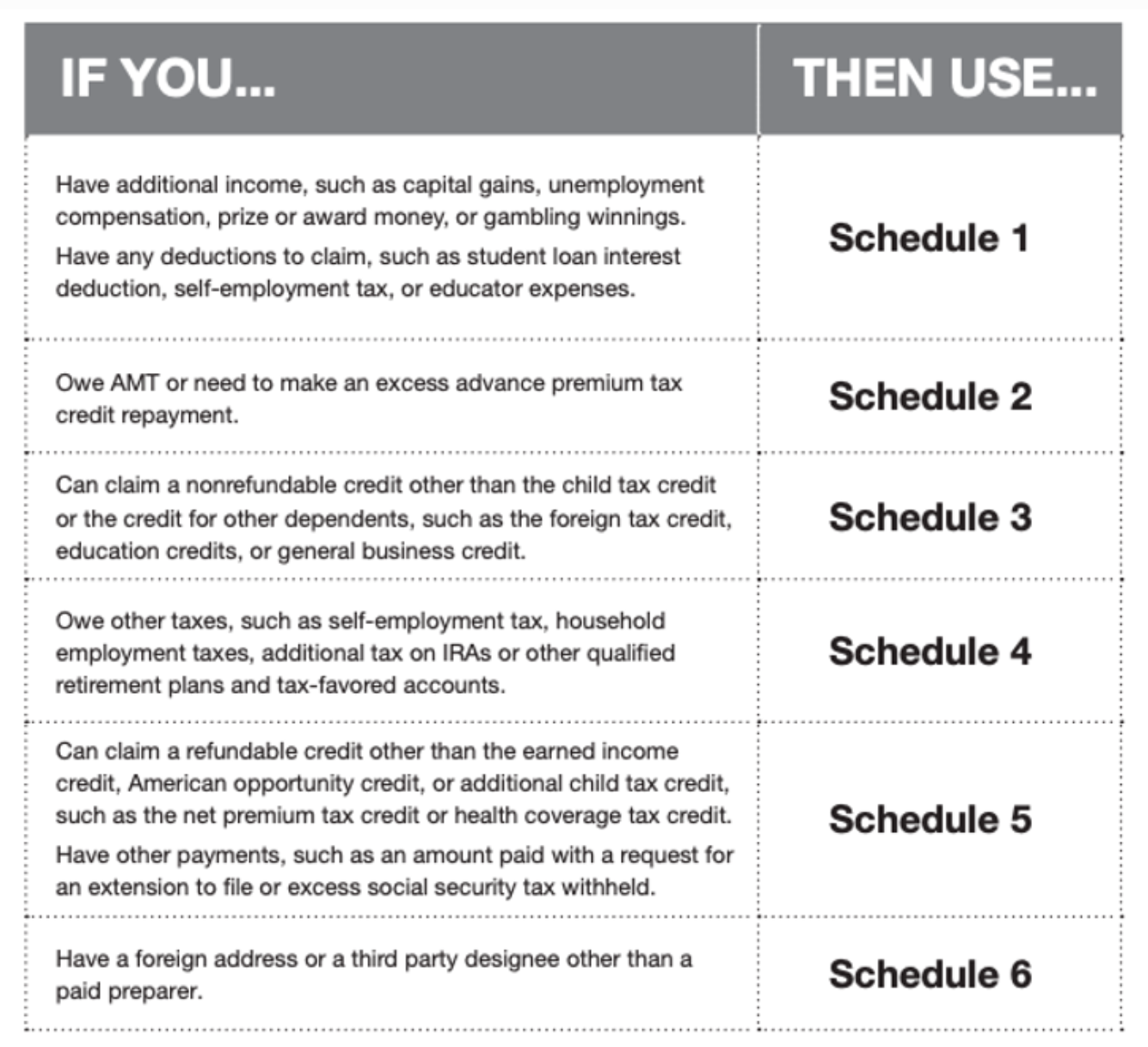 Some of the other changes noted:

It will take some time getting used to the new forms, and of course if you use an accountant or do your taxes using Turbo Tax or tax filing software, the interview process will be the same as it was, so all these changes may not really amount to a hill of beans for you. Just don’t forget to send the IRS your “postcard” this year.